Technologies That You Had No Idea Were Made From Crystals

It’s easy to zone out when people explain the magical properties of crystals. They spout the rock’s fantastical properties as alternative medications — stones that use energy through vibrations to heal both the mind, body, and soul.

Outside of this New Age philosophy, crystals actually have modern technological benefits that we harness in our everyday routine. No this isn’t science fiction; this is pure science application with crystals as the primary power source.

Crystalline materials exhibit piezoelectric behavior. The word “Piezo” is derived from the Greek word pressure. When pressurized, extremely high voltage separates and moves across the crystal. The rock’s shape is pressurized and changed by the activated thousands of volts.

This piezoelectric phenomenon was discovered in 1880 by Pierre and Jacques Curie. Their experiment measured surface changes on prepared crystals subjected to mechanical stress.

The first serious applications of devices powered by piezoelectric methods didn’t take place until World War I. SONAR incorporated the piezoelectric effect through transducers extracted from quartz crystals crudely glued between two steel plates. A high-frequency “chirp” was produced underwater; submariners would measure depth by clocking the return echo. Since then, crystals have been used in a substantial amount of devices, materials, and systems.

There are hundreds, maybe even thousands of technologies in which crystals played a part in creating. Here are the Top 5 Technologies You Had No Idea Were Made From Crystals: 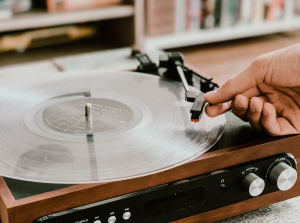 Although an old technology, record players have seen a recent uptick in sales, mainly due to the hobby market demand boosted during the pandemic era. Just last year, 27.5 million vinyls were sold in the United States, up 46% from the previous year.

Created by Thomas Edison in 1877, the fundamentals behind the turntable have remained relatively the same: grooved vinyl meets needle and projects sound vibrations. The hundred-year-old device is powered by crystal technology. Crystals are powerful conductors of energy, generating electricity following temperature change.

Modern stylus crystals are usually composed of sapphire or diamond attached to a flexible piece of metal, converting sonic vibrations into electromagnetic signals. In comparison to the limited sound quality of Edison’s phonograph, modern record players produce sounds far louder and sonically superior to the older models. The player’s stylus is affixed to an electromagnetic device called a cartridge that contains a piezoelectric crystal. Pressure is applied via a metal bar against the crystal, resulting in an outputted electric signal. 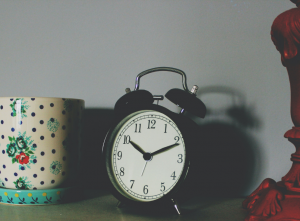 Quartz is arguably the most important of all crystals found in modern technology. Compared to other minerals, it contains the most strength of all crystals. The rock contains silicon dioxide that makes it piezoelectric. When stimulated, quartz is capable of sending energy from one form to another. Clocks incorporate quartz in their time-telling design. Constructed in 1927, the timepiece used an electronic oscillator powered by quartz crystal to exhibit the most accurate reading.

Unlike pendulum models — which require constant winding to reset — quartz clocks are much more sustainable, requiring minimal electricity. As a result, the clock batteries last for many years.

The battery sends electricity to a quartz crystal wired to electrodes via an electronic circuit. The rock absorbs the energy, outputs vibrations at a precise frequency of 32,768 times per second, and the circuit counts the number of vibrations, resulting in a single-second tick that stimulates the motor powering the gears. 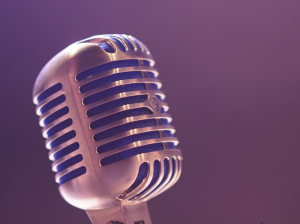 into electrical energy by the piezoelectric effect, which is prompted by pressurized crystals. The results: an electric signal through mechanical coupling.

Crystals are cut in such a way as to produce the desired voltage output whenever they are bent, stretched, or compressed. Used primarily for voice work and acoustic instrumentation, crystal microphones don’t require external power sources. Early microphones used Rochelle salt for its higher output replete with small copper foil strips. However, these original models’ biggest drawback was a combination of heat, moisture, and humidity that deteriorated the salt crystals. However, these were replaced by barium titanate — a much more adaptable mineral. 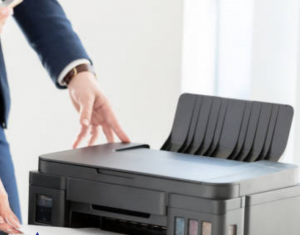 There’s a pretty good chance you’re sitting right next to a printer right now. It’s also more than likely an inkjet printer. Invented in the 1980s, the machinery has only grown in popularity while simultaneously decreasing in price. The printer heads contain piezoelectric crystals to which electric current is applied and deformed. These crystals are located at the rear reservoir of each 300-600 ink nozzles.

The tiny electric charge hits the rock and causes it to vibrate inward. Then, the crystals expand. As a result of the crystals expanding, the ink droplets are forced onto the document. Then, when the current is removed, the crystal shrinks.  When the crystals shrink, the ink is retracted back into the printer head, discontinuing the flow from the nozzle. 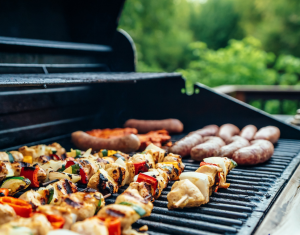 Its summertime. The weather is perfect for outdoor weekend barbecues. But, did you know, when you thumb the igniter button and spark the grill, that you’re actually activating crystals?

BBQs use the piezoelectrical system to set expelled gas aflame. The ignition button is connected to a long tube that collides a hammer at the end to a crystal, generating a spark. Then, the deformation of the crystal produces a high voltage and an electrical discharge.

Crystals are a vital part of our high-voltage power source. This same ignition method is found in fireplaces, stoves, burners, and push-button lighters — all use the same hammer striking crystal. Electric cigarette lighters and transformers operate in the same manner.

Are you interested in learning more about how crystals are used in technology? Then be sure to read “Crystals Used In Modern Technology – What You Didn’t Know.”