Where Does Your Drinking Water In America Come From? 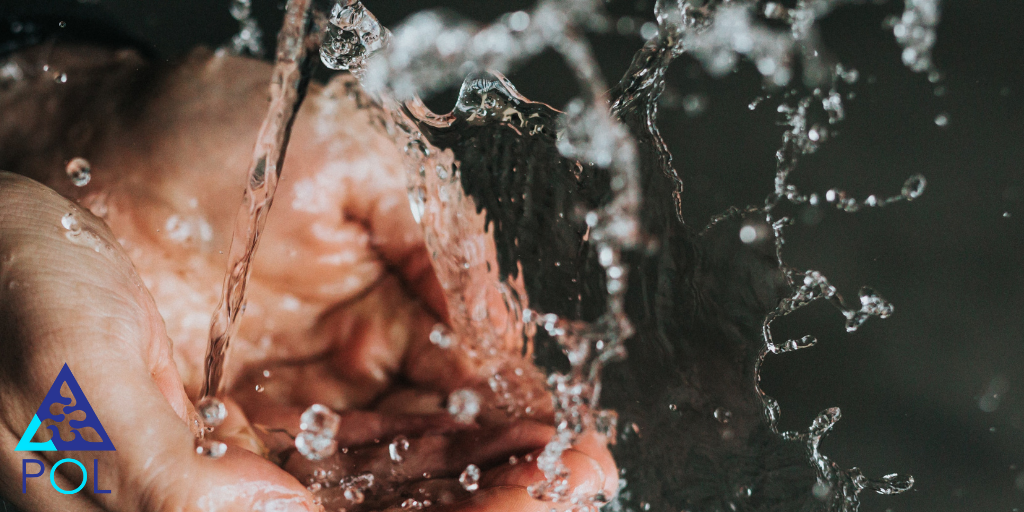 Did you ever wonder where your drinking water comes from? It mostly depends upon where you live. Sources of water can come from lakes, melting snow, rivers, and reservoirs. It can also come from underground reservoirs called aquifers. And some places have water shunted in through aqueducts.

Our water here in the United States has some pretty strict regulations thanks to the Safe Drinking Water Act of 1974. But it’s been a long process to try and provide drinkable water free of diseases like cholera.

The first water treatment used here was a slow sand filter. In 1908, Jersey City started adding chlorine to kill bacteria including typhoid. Some people were concerned with the safety, but the courts ruled that it could be done.

Considering that we Americans drink more than 1 billion glasses of water per day, we need to be sure it’s of great quality.

No, it doesn’t. The majority of our freshwater supply comes from surface water. That comes from rain and snow that melts into rivers, streams, and lakes. Some places take their water source from groundwater. While it also comes from rain and snow, this is water that’s seeped into the ground and stored in natural cavities called aquifers. It’s accessed as a natural spring or a pump from a well.

How Do They Process Freshwater?

Creating drinking water is not a quick process.

First, the water has to go through a screening process. Quite literally! The municipal water plants want to screen out dirt, rocks, leaves, and anything else that may still be in the water.

Next, they send in positively charged chemicals that bind with negatively charged dirt. This forms “floc.”The floc is removed from the water, and then the water is pumped into a sedimentation pond where it filters down through clean gravel and grit.

Some water treatment plants use ozone to kill microbes, degrade pesticides, remove bad odor and taste, and reduce the mineral concentration. The water goes through another round of filtration to remove any remaining particles.

That water is then disinfected using chlorine gas, liquid bleach, and sometimes ammonia. This is where some municipalities add fluoride.

The water then gets parked in storage until you turn on the tap.

Quick Dive Into 5 States And Their Water

You might think that all states that don’t have large bodies of water nearby would only have access to groundwater and that all states near oceans would have plenty of surface water with the rivers running out to the sea.

But you’d be mistaken.

Let’s look at how some large municipalities manage their water.

California is a large state and has many different microclimates. Up north, you have a lot of evergreens, and down south you have arid desert. And, despite being by the ocean, you can’t really access the water as easily, and you don’t get as much rain as to the east where you have the Sierra Nevadas.

Central California could tap into the California Aqueduct as well since there is a lot of farmland including grapes and almonds.

We’ve all heard about the problems with water in Flint, Michigan. With all of the regulations, it makes you wonder what happened.

A major culprit is lead pipes. Many older communities including Flint and Baltimore, Maryland still have their original lead pipes and fittings. They’re supposed to monitor the lead levels and add in some phosphate to create a protective film between the pipe and the water running through it.

Instead, they added more chloride which ended up highly corrosive to the pipes.

So even though there are regulations, it helps to keep an eye on what you’re drinking.

Arizona is an amazing state. Most people think of it as being 110F in the summer. But what you may not realize is that Northern Arizona has a mountain range that gets a lot of snow. In fact, Flagstaff has a higher elevation than the Mile High city of Denver, Colorado.

Southern Arizona often gets flooding during monsoon season. The soil does get baked so the water can’t easily soak in. When the storms come, the water gets routed to a special drainage system and is released back into rivers, washes, and retention basins.

Why don’t they process it directly? The rainwater picks up a lot of gross things that are on the ground like oil. It’s better for the ecosystem to let it run into a waterway, and naturally, filter things out before being routed to the water processing plants.

While Floridians get their water from a number of places, almost 90% is provided by groundwater thanks to large surficial aquifers. And Florida needs to process 8 billion gallons of water each day. 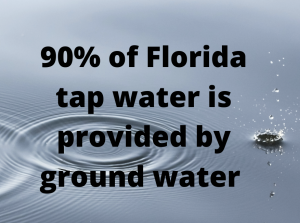 Surficial aquifers refill primarily from rain, but water comes in from lakes and streams as well as groundwater flow from deeper aquifers.

The aquifers provide a lot of natural filtering for the rain that runs off the roads. Treatment plants then filter out the floc and then disinfect with ozone. The water is then run through a biologically active filtration where “good bacteria” assists with removing any remaining particles and finished with a multi-stage filtering and additional disinfecting.

Oregon gets a lot of its water from rain and melted snow. There are quite a few engineers trying out desalination due to the abundance of ocean water. Until that works well, over 90% of Oregonians will rely on groundwater for their drinking water. Right now 667 community water systems use groundwater

And, if you were ever wondering what a “watershed” is, it’s a land area that channels rainfall and snowmelt to creeks, streams, and rivers, and eventually to outflow points. It’s also called a catchment or a drainage basin.

Despite the difficulties many areas in the United State have creating systems to access clean water, wherever you are in our nation, you’re blessed to be near running water. Many other countries arent as blessed. To learn about organizations helping people all around the globe get access to clean water, CLICK HERE.

Question: Where do you get your drinking water from?  Comment Below.